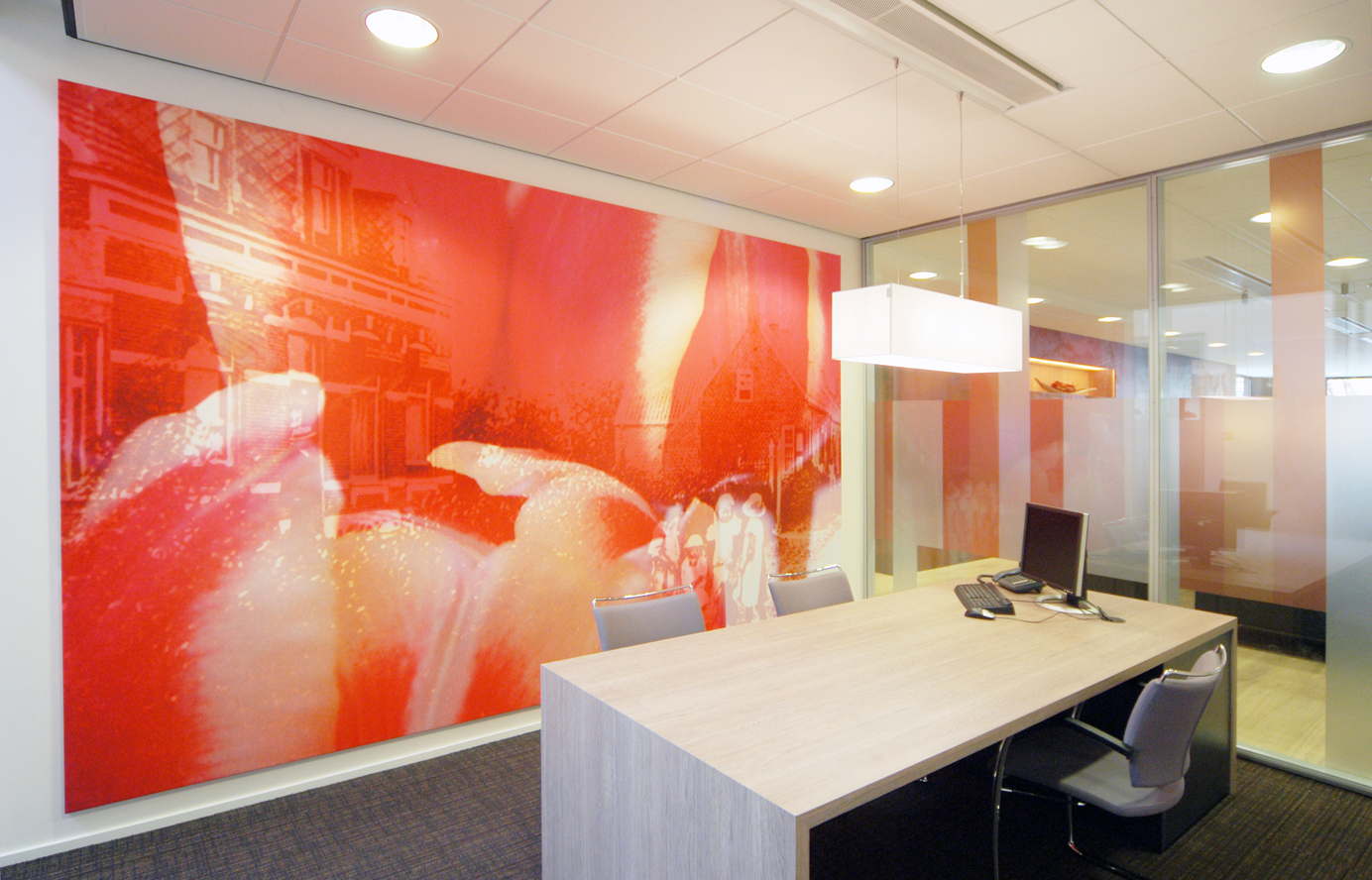 When I was asked to create a series of commissioned fine art for Rabobank via Rienks/de Bont CS Architects Breda I didn't have to think twice. Interior architect Illse showed me around and had a specific request: with the building being very square and linear, the art had to be something completely different.

As I immediately had to think of using 'shapes of nature', being the opposite of squar and linear, I also was challenged. I didn't want to create just another panel with a close-up of a flower or landscape photo. Illse lent me a small book with old photos of the village, adding “it would be good to have some of the village's history present in the design as well”. 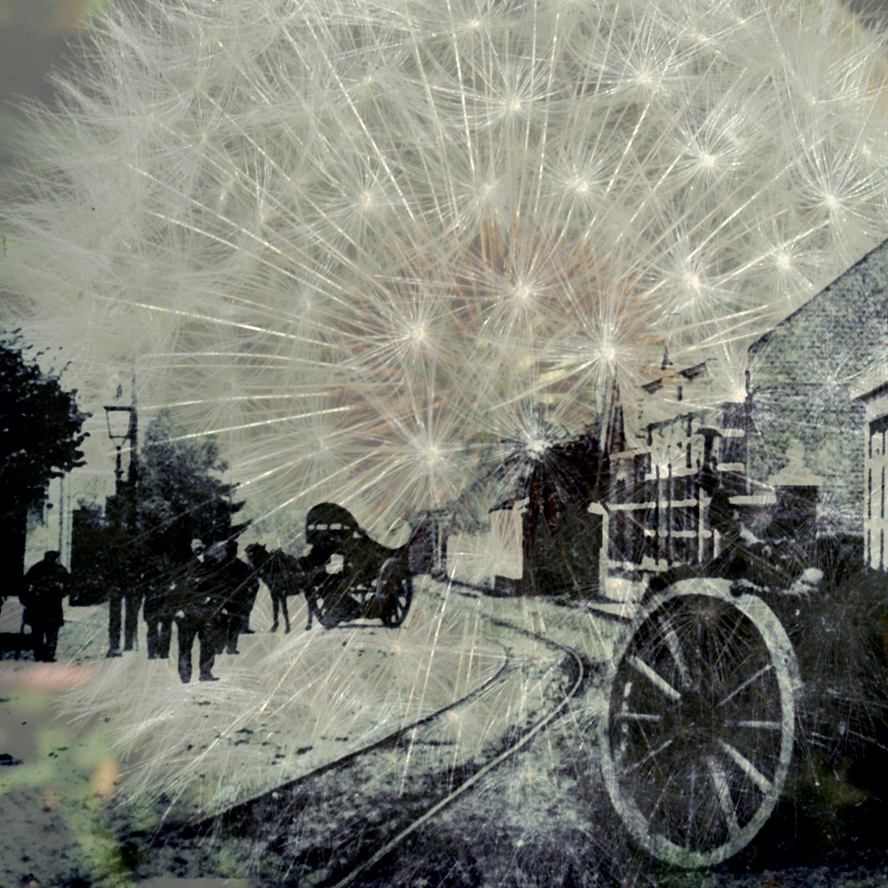 The old photos were perfect for double exposures with flower close-ups. I wanted to use history and nature's beauty in one. History & Flowers was probably one of the first digital series of double exposures, which I created in 2005.

When I was studying fine art photography at the St. Joost Academy I already experimented a few times with exposing the same film twice. Rewinding the exposed film and marking it, as you can't see where the first photo begins, was always a bit of a gamnle. You can also put two negatives in the darkroom enlarger, a method called sandwich negative. Third analog option is to expose the photo paper twice with different negatives. 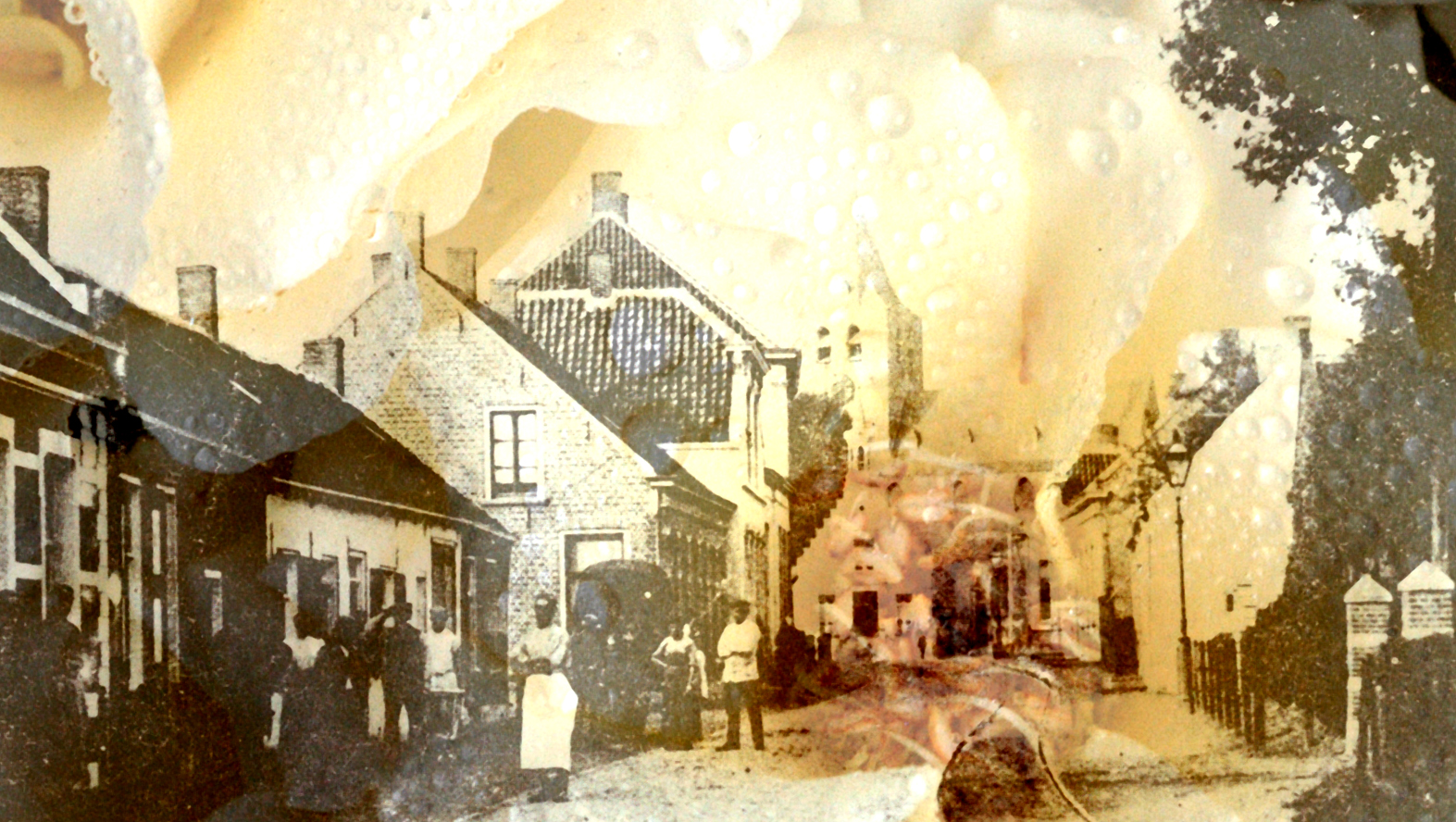 I used Photoshop, there weren't any double exposure apps available yet. In 2005 you couldn't take a decent photo with your smartphone, let alone retouch it. Also this was the time with the first digital DSLR's finally being good enough to shoot weddings with, or in this case, flower close-ups.

The result was overwhelming as the print size was wall size, 250x500 cm. (approx. 8x16 ft) During opening day I received a lot of positive reviews. And also this comment to the photo above: “wow, my mother was born in the house on the left, how very nice”. It's good to use historic pictures in modern art, this way we remember our past. And adding beautiful flowers just tops it! 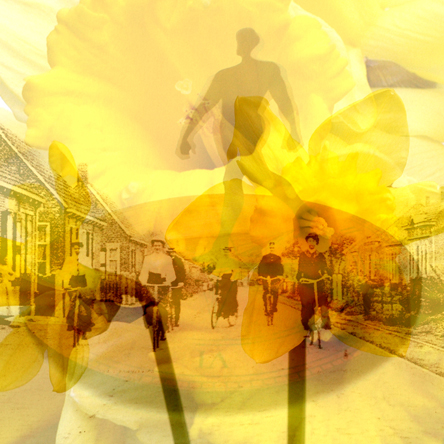 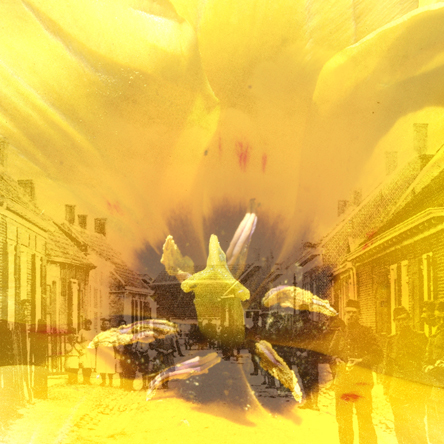 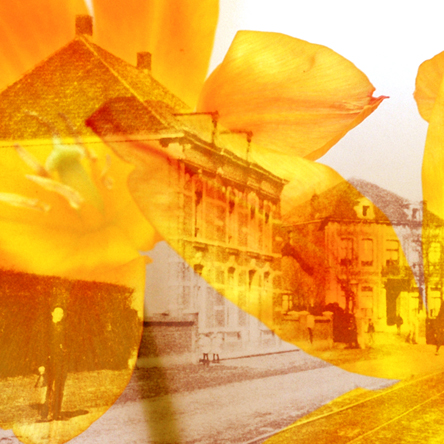 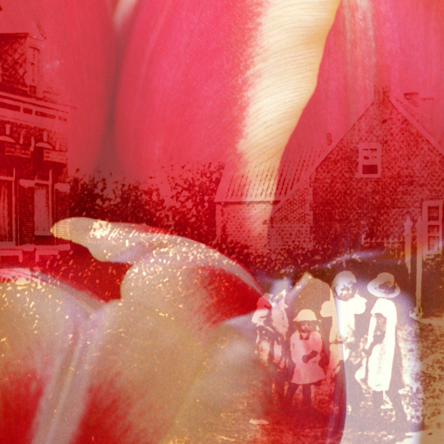 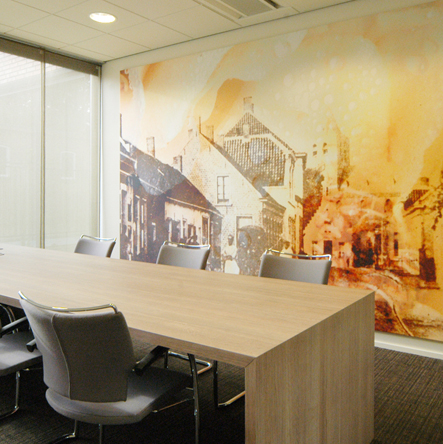 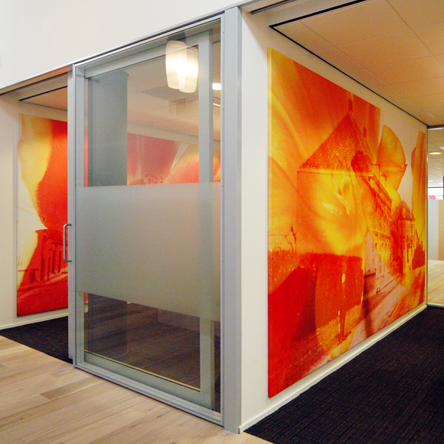 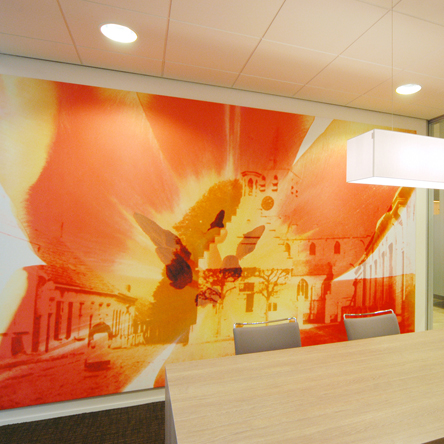 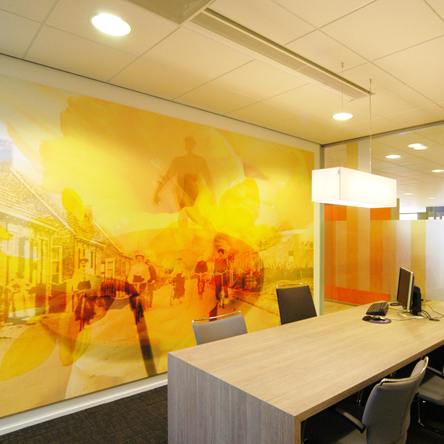