Redheads will make (you) the world go round 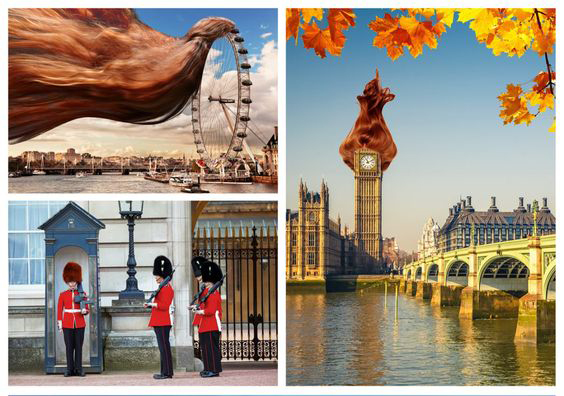 The biggest redhead event in the world is in bREDa, the Netherlands. With 1,672 it holds the world record of most redheads gathered in one place. Having red hair is rare, only 1-2% of the world's population is ginger. Initiator Bart Rouwenhorst only paints portraits of female redheads, this lead to the first ‘roodharigendag’ (redhead day) ever during an exhibition of his work in Asten in 2005. 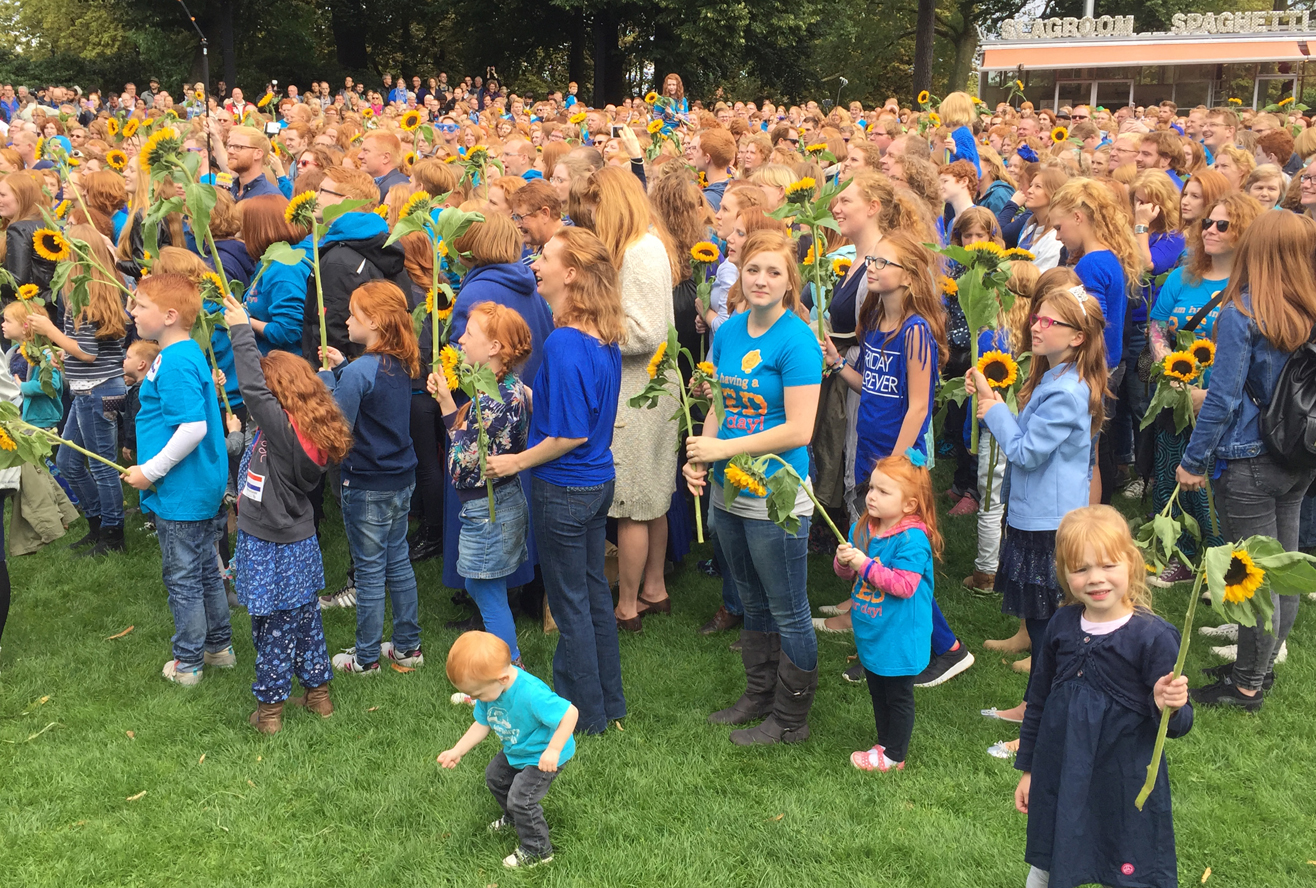 Since 2007 you can visit the annual redhead days in Breda, nowadays over 6000 natural redheads visit this old Dutch town close to Rotterdam and Antwerp. Over 80 nationalities are present during the first weekend of September. Three days with a local pub crawl on Friday, fashion shows and free photo shoots on Sunday and heaps more. Special dicounts in shops and restaurants apply if you are a redhead.

In Ireland the first Redhead Convention was held on 21 augustus 2010 in Crosshaven, Cork.
Check their website for all information about this remarkable destination and things to do when attending this 3 day whacky festival of ginger lovin' madness. Meet the Carrot Top Kind & Queen, who you might run into in Breda as well. 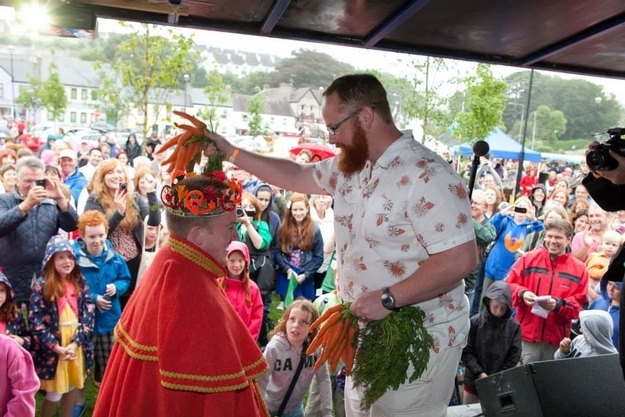 After organisor Dany attended the Dutch event, he was inspired to organise Rossitalia in the beautiful city of Milano for five years now, every last Sunday of May. In a lot of cities redhead gatherings are becoming bigger and bigger, the Italian day is about meeting each other, taking photographs, food and drinks in an easy way. It‘s like the first gatherings in the Netherlands, more relaxed and initimate with a small crowd and friendly faces. 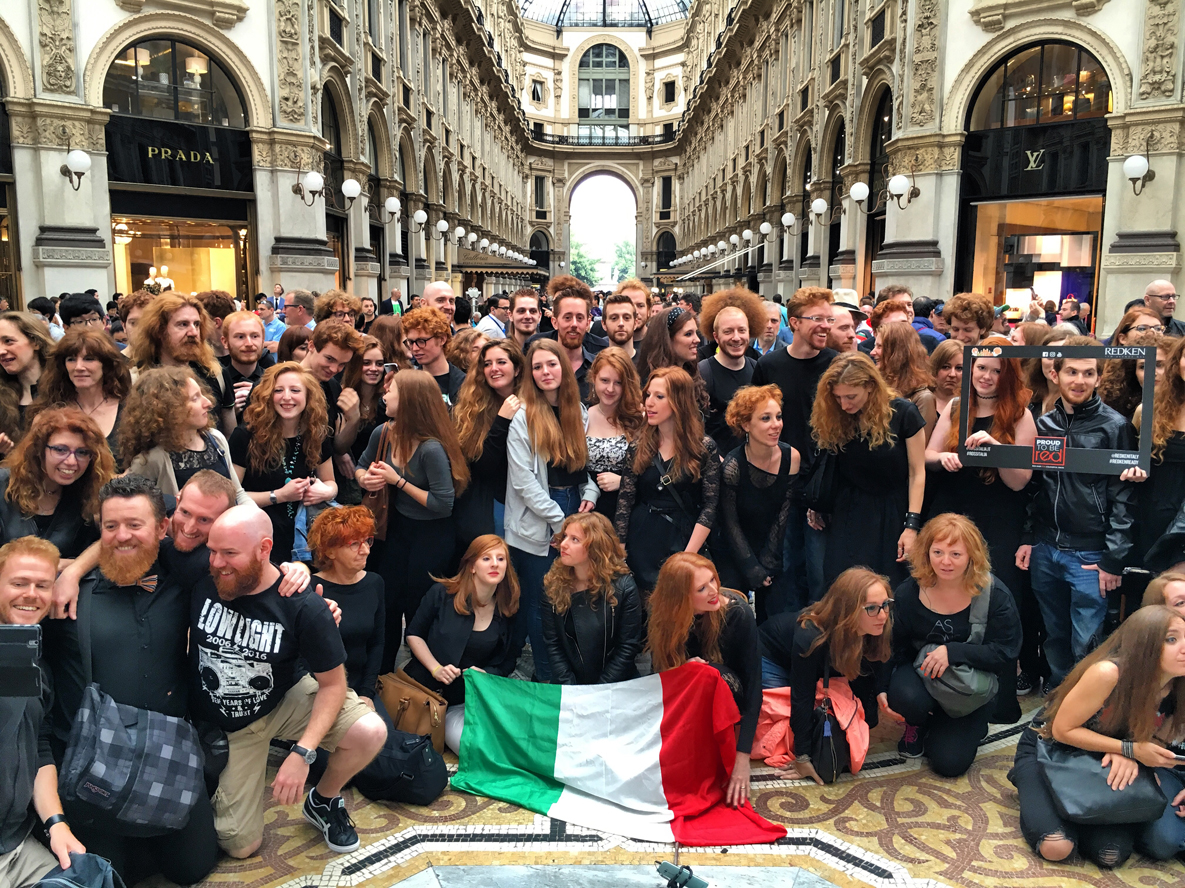 Redhead Day UK started in 2013 in Manchester, but moved to Britains metropole London last year. The theme is simple: celebrate being a redhead, and all that comes with it. Love your freckles! This too is a free event in September. It’s all about meeting redheads and having a good time together.

Last spring (autumn down under) the first Ginger Pride Rally in Australia was organised by RANGA (Redheads & Nearly Ginger Association) in Melbourne. The day started with a walk lead by radio personality Michael Beveridge. At Federation Square there was a big party with music, food and ginger beer to celebrate red hair.

Since last year you can visit Redhead Days Breda affiliate Chicago. Highlights of the festival: the carrot cake competition and the group photo of the largest redhead gathering in the USA. Two day festival with ’50 Shades of Red’ theme, dress code red, like Breda 2016.

Izhevsk, the capital of Udmurtia, an independant republic in the Russian Federation, celebrates ‘Рыжий фестиваль’ the Auburn Festival since 2004. This ‘Red week’ full of festivities such as a pumpkin contest, bicycle race and music festival, turned into a very popular holiday destination for the Udmurt people.

The red hair gene MC1R is one of the oldest known genes in the world. The Udmurts descent from nomads called Budini. Herodotus called the women “Daughters from God, with light blue eyes and red hair”. Next tot he Redhead Beauty Contest there's also a red cat contest, as the Udmurts like to celebrate the colour red in as many ways possible! 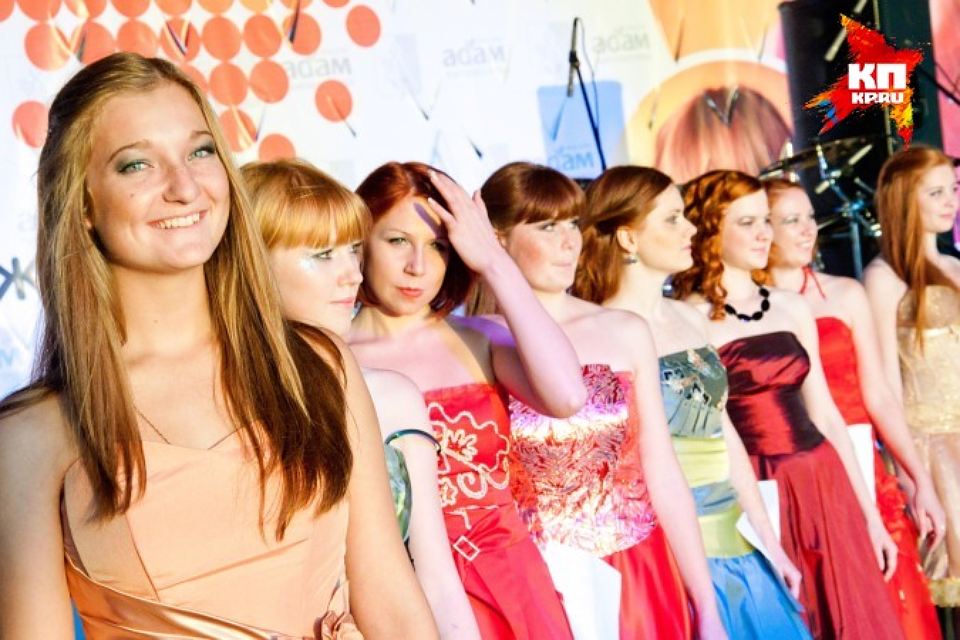 South-America has the Redhead Mania (Ruivos Mania) event. The members of this two day event will dress in purple this year, and aim to have a good time together with over 300 fellow redheads. This event is a tribute to bREDa and therefor always takes place around September 7. The event also collects non-perishable goods to donate to charity.

Rome, (Atlanta) Georgia, March. The Ginger Pride Walk wants to create awareness since 2011. It's a happy occasion though, celebrating being different and worth it.

Portland, May. A few hours drive from Seattle, Portland hosts the 5K Melanoma Walk, to raise awareness to the dangers of skin cancer. Since 2013 this Redhead Event also tries to set the world record of most redheads in one place, always accompanied by Irish music and other festivities.

Troy, (Albany) New York. The League of Extraordinary Redheads' members organise gatherings and parties since 2013, all year round, creating the Capital of Redheads, Troy. 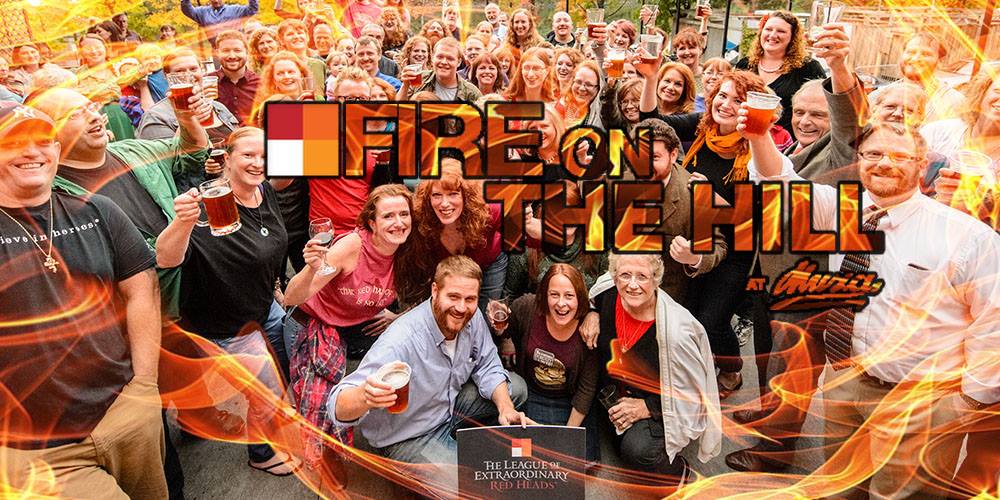 San Francisco. No date set for 2016 but I found this call by mayor Ed Lee for redheads to gather in San Francisco this summer to celebrate the Ginger Pride festival. For support City Hall’s Dome will be lit up red, like it was in rainbow and other colours before.

Nashville. Tomato Art Fest, big cultural festival since 2004 to honour the colour of the tomato: red. Everyone with ‘tomato red hair’ is welcome, genuine or not! Located in Historic East Nashville’s Five Points, which has been coined by Budget Travel Magazine as “Nashville’s version of New York’s East Village,” this free, costume-friendly event provides a fun-filled day.

Milwaukee. Irish Fest in August, with three days of Keltic music and dance, and a Redhead freckles contest for 0-12 year olds.

Ontario. Canadian Redhead day Rassemblement de Roux is an annual event and will be held in Ontario this fall.

London, January 12: worldwide annual Kiss a Ginger Day. British redhead actor/comedian Derek Forgie made up this day in 2009 to counter-message Kick a Ginger Day. Join over 100 redheads at The White Bear pub.

Plymouth, August. Gingers, The Gathering new indoor event, just for the fun of it, celebrating red hair together! Initiator Stuart Perry was inspired by Redhead Days Breda and the Scottish Ginger Pride Walk (Edinburgh, 2013-2015). Walk with him for Team Ginge? 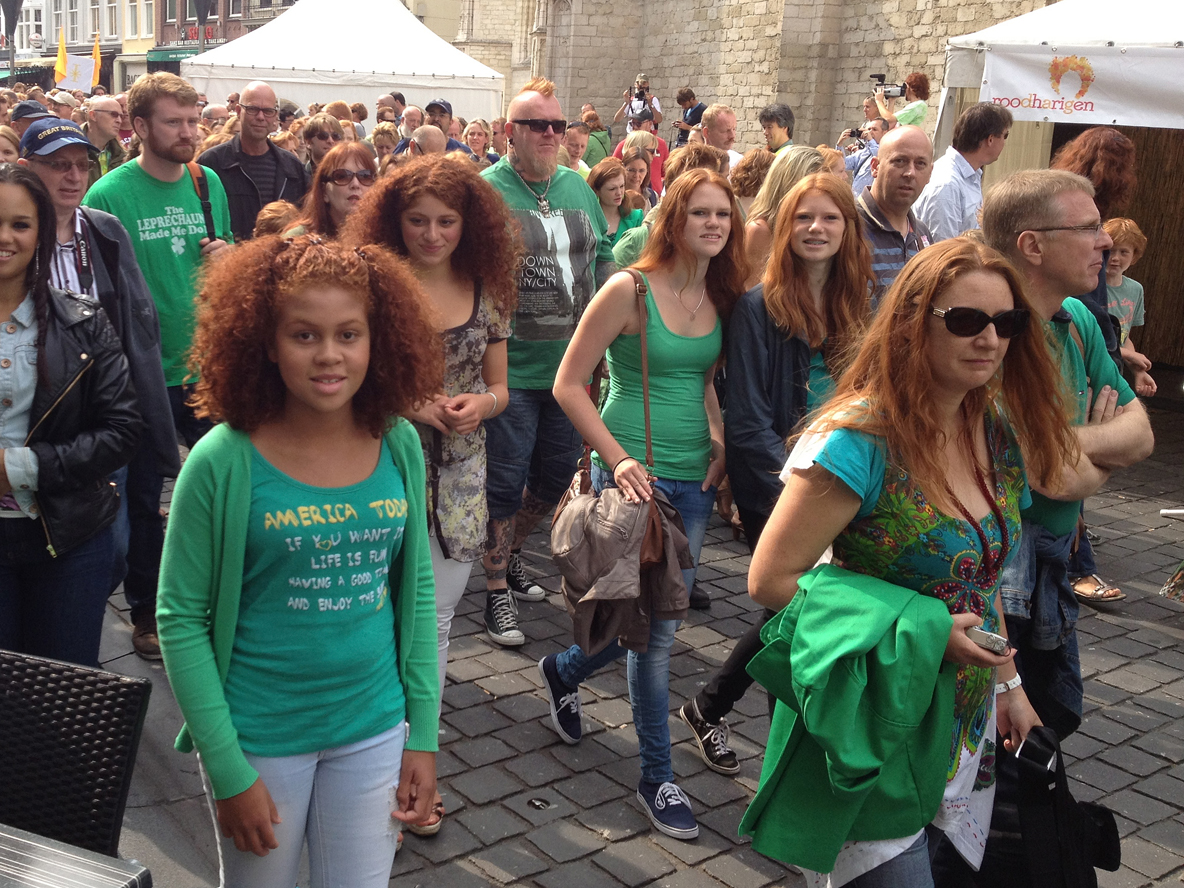 Still not found a destination you like? Attend a local St. Patrick’s Day celebration. Lá Fhéile Pádraig, Ireland's “Day of the Festival of Patrick” is celebrated by Irish emigrants all over the world on 17 March. New York hosts the biggest parade but also in Dublin and in many other cities you’ll be able to watch parades and more festivities with everyone dressed in green.
Redheads guaranteed!

Thanks to: Ginger Parrot